Thelema Quotes’ seventeenth installment deals with atheism. As always, all quotes are from Aleister Crowley or The Book of the Law.

“The Atheism of God. ‘Allah’s the Atheist! He owns no Allah.’ [Bagh-i-muattar] To admit God is to look up to God, and so not to be God. The curse of duality.”

-Old Comment to The Book of the Law II:23

“This refers to the spiritual experience of Identity. When one realizes one’s Truth there is no room for any other conception. It also means that the God-idea must go with other relics of the Fear born of Ignorance into the limbo of savagery. I speak of the Idea of God as generally understood, God being “something ‘not ourselves’ that makes for righteousness,” as Matthew Arnold victorianatically phrased his definition. The whiskered wowser! Why this ingrained conviction that self is unrighteous? It is the heritage of the whip, the brand of the born slave. Incidentally, we cannot allow people who believe in this ‘God;’ they are troglodytes, as dangerous to society as any other thieves and murderers. The Christians to the Lions!

Yet, in the reign of Good Queen Victoria, Matthew Arnold was considered rather hot stuff as an infidel! Tempora mutantur, p.d.q. when a Magus gets on the job. The quintessence of this verse is (however) its revelation of the nature of Hadit as a self-conscious and individual Being, although impersonal. He is an ultimate independent, and unique element in Nature, impenetrably aloof. The negative electron seems to be his physical analogue. Each such electron is indistinguishable from any other; yet each is determined diversely by its relations with various positive complementary electrons..”

-New Comment to The Book of the Law II:23

“To you who yet wander in the Court of the Profane we cannot yet reveal all; but you will easily understand that the religions of the world are but symbols and veils of the Absolute Truth. So also are the philosophies. To the adept, seeing all these things from above, there seems nothing to choose between Buddha and Mohammed, between Atheism and Theism.”

“Also I was in the spirit vision and beheld a parricidal pomp of atheists, coupled by two and by two in the supernal ecstasy of the stars. They did laugh and rejoice exceedingly, being clad in purple robes and drunken with purple wine, and their whole soul was one purple flower-flame of holiness.”

“‘Atheists. ‘ Allah’s the atheist! He owns no Allah!’ (Bagh-i-Muattar). They are free of the obsession of mortality and dependence… it is my vision of mankind in the New Aeon of which I have proclaimed the Word.”

“Ceremonial Magic, as a means to attainment, has in common with all other methods, Western or Eastern, one supreme object in view ___ identification with the Godhead; and it matters not if the Aspirant be Theist or Atheist, Pantheist or Autotheist, Christian or Jew, or whether he name the goal of his attainment God, Zeus, Christ, Matter, Nature, Spirit, Heaven, {135} Reason, Nirvana, Asgard, No-Thing or No-God, so long as he “has” a goal in view, and a goal he is striving to attain. Without a goal, he is but a human ship without port or destination; and, without striving, work, WILL to attain, he is but a human derelict, rudderless and mastless, tossed hither and thither by the billows of lunacy, eventually to sink beneath the black waters of madness and death.”

“Atheists are of three kinds.

1. Mr Daw, K.C.: M’lud, I respectfully submit that there is no such
creature as a peacock.
2. Oedipus at Colonus: Alas! there is no sun! I, even I, have looked and
found it not.
3. Dixit Sultus in corde suo: “Ain Elohim.”

There is a fourth kind of atheist, not really an atheist at all. He is but
a traveller in the Land of No God, and knows that it is but a stage on his
journey — and a stage, moreover, no far from the goal. Daath is not on the
Tree of Life; and in Daath there is no God as there is in the Sephiroth, for
Daath cannot understand unity at all. If he thinks of it, it is only to hate
it, as the one thing which he is most certainly not (see Liber 418. 10th
Aethyr. I may remark in passing that this book is the best known to me on
Advanced Qabalah, and of course it is only intelligible to Advanced
Students)).

This atheist, not in-being but in-passing, is a very apt subject for
initiation. He has done with the illusions of dogma. From a Knight of the
Royal Mystery he has risen to understand with the members of the Sovereign
Sanctuary that all is symbolic; all, if you will, the Jugglery of the
Magician. he is tired of theories and systems of theology and all such toys;
and being weary and anhungred and athirst seeks a seat at the Table of Adepts,
and a portion of the Bread of Spiritual Experience, and a draught of the wine
of Ecstasy.”

–Liber LVIII: Gematria (printed in 777 and Other Qabalistic Works)

“What the man in the street means by Atheist is the militant Atheist, Bradlaugh or Foote; and it is a singular characteristic of the Odium Theologicum that, instead of arguing soberly concerning the proposition, which those worthies put forward, they always try to drag the red herring of morality across the track. Of all the stupid lies that men have ever invented, nothing is much sillier than the lie that one who does not believe in God must be equally a disbeliever in morality. As a matter of fact, in a country which pretends so hard to appear theistic as England, it requires the most astounding moral courage, a positive galaxy of virtues, for a man to stand up and say that he does not believe in God; as Dr. Wace historically remarked, ‘it ought to be unpleasant for a man to say that he does not believe in Jesus’; and my dislike to Atheism is principally founded on the fact that so many of its exponents are always boring me about ethics.”

-“Concerning ‘Blasphemy’ in General & the Rites of Eleusis in Particular” (The Bystander, Oct 16, 1910, p 321-322)
Feel free to leave your thoughts on these quotations and suggestions for future topics in the comments.

For more information on these topics check out these links:

Feel free to leave your thoughts on these quotations and suggestions for future topics in the comments . 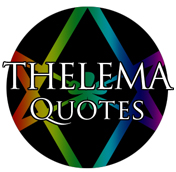